Here you can find content and trigger warnings for some of my works. These warnings are meant as guide to help readers make informed choices in whether, how, or when to approach these stories given their own individual mental health needs. Naturally, these lists can’t account for every possible trigger that a reader may have, so the focus of these warnings is on common triggers or particularly intense content.

For anything that might be missing from these lists, I am willing to answer both public and private questions about whether any given story includes any particular type of content. The best way to reach me for such inquiries at this time is on Twitter or by email at jasminegower [at] gmail [dot] com.

Please see below for content warnings listed by book. Be cautioned that while I’ve attempted to make the content warnings as spoiler-free as possible, certain warnings will necessarily reveal or insinuate certain plot developments.

A Study of Fiber and Demons 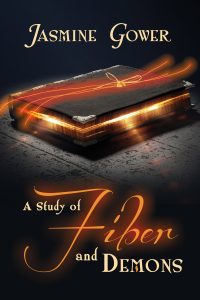