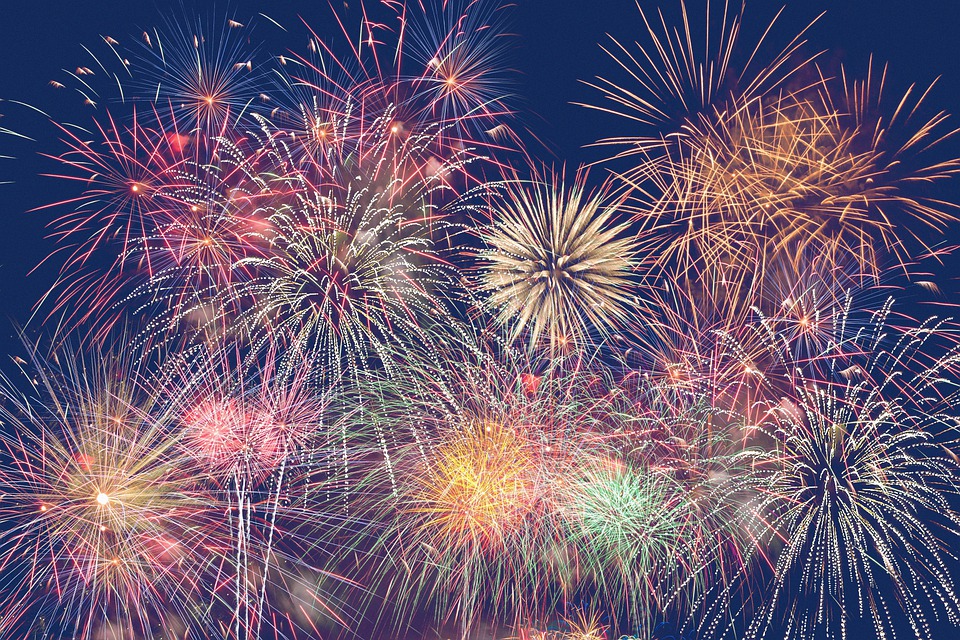 I am no good at keeping resolutions, no matter what time of year they occur. However, I am one to abide by arbitrary markers of time (I have a compulsion to get out of bed only at 15-minute intervals on the hour), so the New Year is a good opportunity for me to take stock of the previous 365 days and set myself some goals to at least aim for in the next set of 365.

Reflecting on the previous year, I don’t really want to talk about pandemic stuff, because it’s not like it passed by anyone’s notice that it happened (and is still happening). I didn’t get COVID that I know of and I’m all up-to-date on my shots, and that’s as much as I really want to say in terms of the pandemic contextualizing what I did and did not accomplish over the course of 2021.

Ramped up my freelance editing work. I was invited to join Reedsy toward the beginning of the pandemic, but at the time I was more focused on my own writing. I didn’t get around to actually signing on with Reedsy until this summer, after hearing another professional editor speak highly of it as a platform and as federal income support began to run dry. The editing market is still not ideal, but it’s enough to keep my bills paid. (For anyone looking to find out more about my editing services, you can check my editorial site or my profile on Reedsy.)

Continued with Grumble Pak. My friend Eli and I started our podcast Grumble Pak last year, and while our production has slowed down compared to then (running out of video games to talk about), we’ve still been putting out new episodes every couple of weeks thanks to Eli’s audio editing skills. We’re on hiatus for the holidays now, but hopefully we’ll be returning with a new episode soon. In the meantime, our backlog is readily available. We can also be found on Twitter.

More game design. So much so that I think I might…actually be good at programming now? Over at Mortis Games (also a joint effort with my friend Eli, as well as my friend Stacie), we’ve been working on our big project deadland, the game that I keep pitching as “goth Stardew Valley”. I’ve been writing monthly(-ish) developer logs over on our itch.io page, for anyone who wants to take a more detailed peek at the progress we’ve been making on that front. Right now, we’re still designing the core game mechanics with the goal of getting a playable demo put together. You can follow our updates at our itch page or Twitter.

Collecting and cataloging video games. I’ve decided to 1) get more organized with my video game collection, and 2) expand it! I’m documenting my efforts over on TikTok (mostly to make sure I keep up with it), but I’ve made an inventory of all of my physical video game copies, and I’m currently at the stage of testing my older game consoles. It has so far been a fun experience (if slightly frustrating trying to figure out how to get those old consoles to play nice with modern technology), but today I woke up early to bid on an eBay listing for an obscure game console from the 90s, so I’m not super feeling the joy of this project at this very moment.

In terms of events, I attended some conventions—a mix of virtual and in-person, as well as a fan and as a panelist. I was even able to get back into cosplay for one of them (see the pics below!). It was a relief to be able to participate in con spaces after missing it entirely in 2020, and I didn’t even find it to be any more exhausting than I normally do. 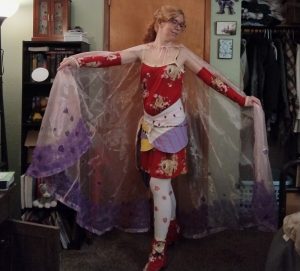 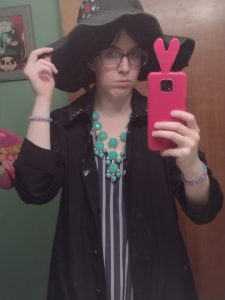 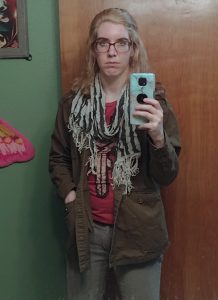 Finally, I did some writing. Not as much as I wanted to (which, isn’t that always the case?), but some. At this point, I’m mostly wavering between two projects in need of revision before I send more polished versions to my agents. One is close to ready to go, however, which leads me into my goals for 2022.

Refocus on writing. I plan to keep doing freelance editing (again, my bills), but also set aside more time specifically for writing. 2021 was a pretty bleh year in terms of writing creativity, so I’m hoping to start off 2022 with lighting a fire under my own ass to push myself to get back in the zone with that. In addition to wrapping up those two projects that I’m currently revising, I want to start drafting a few new projects.

Read more. As an extension of the above, I would really like to keep my brain in Book Mode by reading more. 2021, in addition to being a sort of writing slump for me, was also a MAJOR reading slump. I’ve decided to set myself a reading goal up on The StoryGraph—a softball goal of 12 books in the year, which I will hopefully be able to increase sometime around spring or summer. If 2021 was a big video game year for me, I want 2022 to be a big book year…while still playing as many video games. Maybe less Twitter…

Otherwise, I plan on continuing onward with all my 2021 goings-on that I mentioned above, although my current convention plans for the year are up in the air so far. Honestly, I don’t have any big goals for 2022, aside to keep making progress on what I was working on in 2021. With any luck, at some point this year some of those projects will be completed enough to share more with everyone, but until then, I’m ready to just keep plugging away at it.

UPDATE: the Grumble Pak page has been updated with the links to all of the podcast distributors that host us.

Hello! Thanks to these quarantined times, I’ve gotten into podcasting! Join my friend/roommate Elijah Wennstrom and I for Grumble Pak, a podcast where we talk about various video game topics and old/weird games that we’ve both played. Our first episode launches today on the topic of, wouldn’t you know it, the Rumble Pak (and other weird video game peripherals). New episodes will post every other Tuesday.

You can listen to Episode 1 – Peripherals on Spotify now.